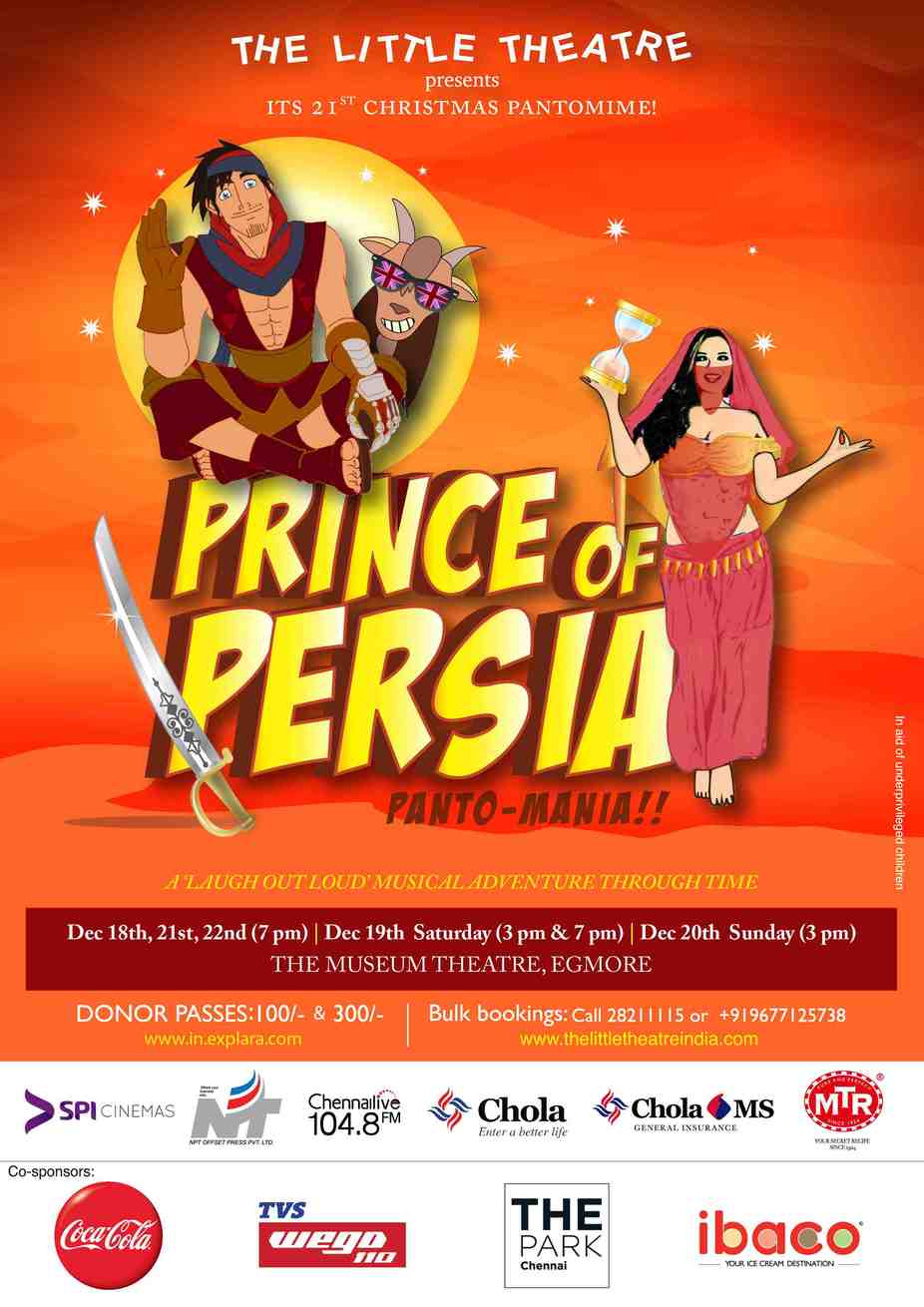 A Laugh Out Loud Musical Adventure Through Time

Persia is besieged by the evil King Winterban & his army, as the brave prince Dastan has set sail to conquer far off lands.

Prince Dastan returns just in time to save Persia. The Kingdom rejoices. He professes his love to Princess Farah, whom he had saved during one of his escapades.

During the celebration, the prince soon realises that 'sands of time' have been stolen from his kingdom. Rules of the Kingdom state that if the precious sands have been stolen 'the Prince shall not sit on the throne till he retrieves it & loses his status as prince'.

The Prince sets sail once again, this time to the ice cold frozen kingdom of Winterfell, with only his friend & pet 'a goat' for company. If the sands of time falls into the hands of the evil King Winterban, the world will be a frozen barren land forever.

The prince is ambushed by two pirates on his way, Major Trouble & Major Prettiness. He learns from them that the hour glass which contains the sands of time can be opened only with the a 'magical dagger of time' found in the cave of dragons.

Will Prince Dastan reach the cave of dragons before the evil king Winterban? Will the world be frozen for ever? Will prince Dastan and his friends save the day? Hop onboard an epic tale of magic, dragons, deception, friendship & love. Now, brace yourselves as "Winter is Coming"!