The focus of this year’s conclave is to explore the shrinking world economy, global impact of pandemic, lessons on dealing with the pandemic from fintech players and much more. We will also discuss the long- term impact of emerging business models such as NeoBanks and the regulatory challenges behind them.

Even though we will miss meeting you in person, being virtual enables us to get you a much wider range of experts. This year we promise you an eclectic mix of global fintech leaders, economists, bank representatives and investors.

We are also set to introduce an all new ‘women mentorship program’. The program is designed to catapult women in the sector to higher leadership positions 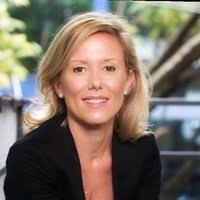 Lizzie Chapman is the co-founder and CEO of ZestMoney, FinTech startup of 2017. ZestMoney is India's largest digital lending
platform that introduced the co...

After leading Deutsche Bank’s franchise in 16 countries across Asia Pacific (including India ... 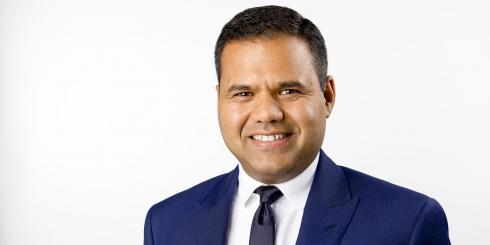 Deputy Mayor of London for ...

Rajesh Agrawal is the Deputy Mayor of London for Business. Born in India, Rajesh moved to London in 2001. As an entrepreneur he foun... As Chief Executive Officer, Laura is responsible for the leadership, strategy, performance
and accountability of the organisation, working ... 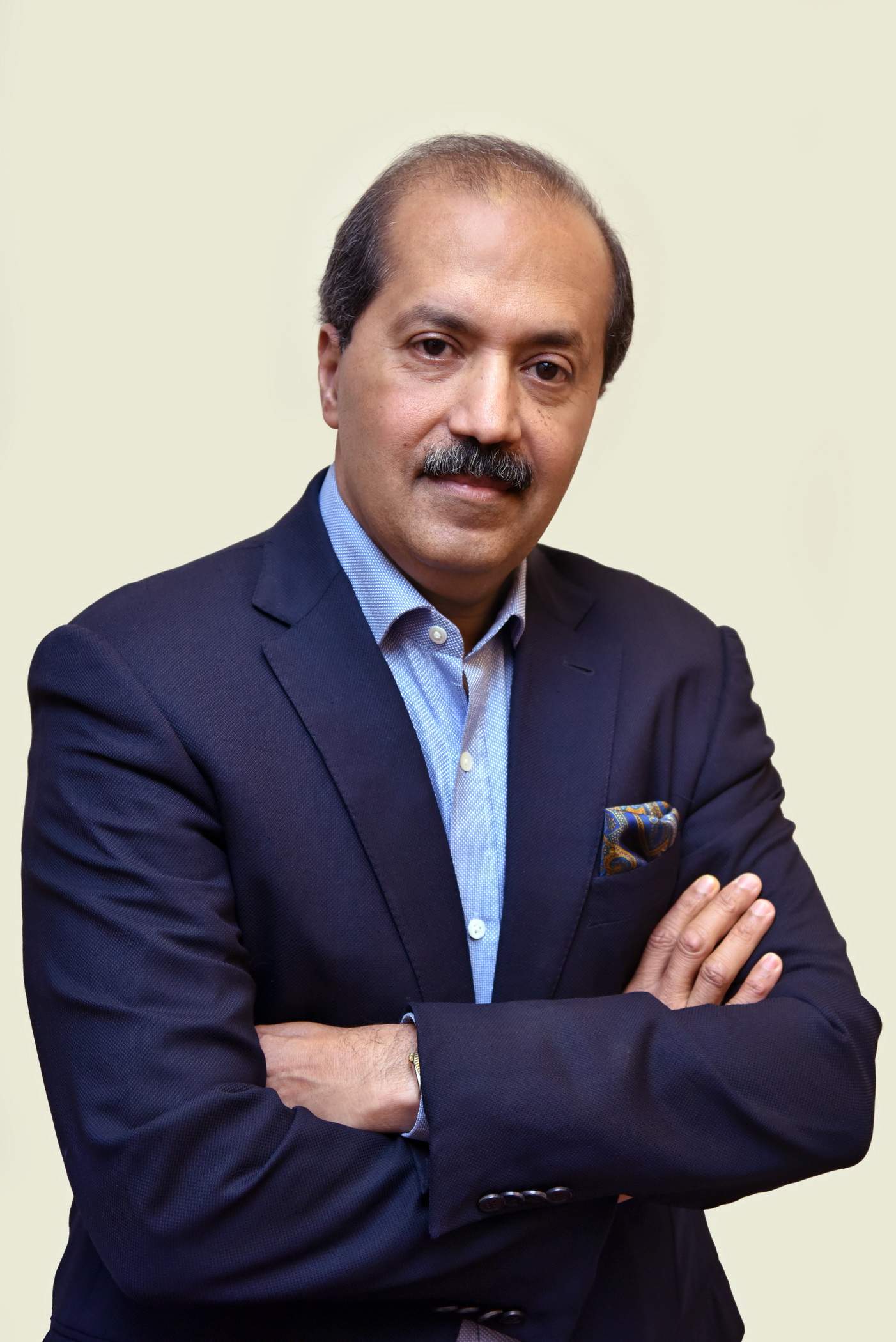 Sanjay Nayar (Mumbai) joined KKR in 2009 and is a Partner and CEO of KKR India. He is also a member of the Asian Investment Committee and Asia... 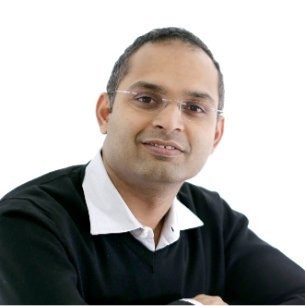 Jaidev Janardana is CEO of Zopa, having joined the world’s...

Lizzie Chapman is the co-founder and CEO of ZestMoney, FinTech startup of 2017. ZestMoney is India's largest digital lending
platform that introduced the concept of 'cardless EMI to make life more affordable for hundreds of millions of households in
India.

Lizzie has been a leading figure in the fintech landscape of India since 2011 when she moved from UK to spearhead the India
operations for digital lender Wonga.com. In 2013, she joined Development Bank of Singapore to help launch `digibank’ – India's
first mobile-only app bank. Her passion for the potential of technology to disrupt the delivery of financial services prompted
Lizzie and her co-founders to start ZestMoney in 2015. She was voted FinTech Female Leader of the year, 2017.

A CFA Charterholder and BSc from Edinburgh University, Lizzie started her career at Goldman Sachs in equity research and asset
management. She then became an investor for The Wellcome Trust, one of the world’s largest endowments, focused on financial
services and Indian investments. She is an Investment Committee member of the early stage fund India Quotient and sits on the
board of IndiaMart - India's leading SME marketplace and classified site.

APAC started business operations in mid-2018 with significant capital contributed by the Founder and the leadership team. Further, Multiples Private Equity invested circa Rs 245 crores for a significant minority stake, which raised the equity capital of APAC to Rs. 400 crores. As of date, APAC finances customers in 31+ locations, across India.

Previously Gunit was CEO, Deutsche Bank India (2003-12) and earlier MD & CEO of IDBI Bank (2000-03). He also held various senior level positions at Citibank in India and New York. Mr. Chadha has been credited for launching several new businesses for Deutsche Bank and/or IDBI Bank like Retail Banking, Mortgages, SME financing, Asset Management, Investment Banking and Structured Finance. During his role as MD & CEO IDBI Bank he successfully launched the banks retail business from scratch. He has been awarded “Banker of the Year” amongst other honours.

Mr. Chadha has an economics degree from St. Stephen’s College Delhi, an MBA from the Indian Institute of Management, Ahmedabad and an advanced management program from The Wharton School, USA.

Deputy Mayor of London for Business

Rajesh Agrawal is the Deputy Mayor of London for Business. Born in India, Rajesh moved to London in 2001. As an entrepreneur he founded RationalFX in 2005, and Xendpay in 2014, both companies utilising technology to reduce the cost of international money transfer for businesses and individuals.

Rajesh is passionate about promoting entrepreneurship and creating opportunities for young people. He was appointed Chair of Oxfam’s Enterprise Development Programme in 2015 and has been a Patron of the Prince’s Trust for many years.

As Deputy Mayor Rajesh aims to be a strong voice for London’s business community, protecting jobs and growth, and ensuring that the capital remains the most open and attractive place to do business in the world.

As Chief Executive Officer, Laura is responsible for the leadership, strategy, performance
and accountability of the organisation, working closely with the Board and Executive Team.
Prior to joining London & Partners, Laura was Managing Director of the Government &
Public Sector Practice at WPP, the world’s largest marketing and communication services
business. In that role she advised governments on destination marketing, behaviour change,
digital government and citizen engagement. She led a global network of regional teams in
Beirut, Brussels, Delhi, Nairobi, Singapore and Sydney.
Laura is author of ‘me.gov: The Next Generation of Digital Public Services.' She taught
communications for behaviour change at the Blavatnik School of Government, University of
Oxford and the Lee Kuan Yew School of Public Policy, National University of Singapore.
Laura has spent her career at the intersection of public policy and communication. She
spent several years as a UK public servant in London and Brussels and has worked as a
journalist in Russia and for an NGO in Germany.
Laura is a Londoner and speaks French and Russian. She is a Governor of an inner-city
London primary school. Laura has an undergraduate degree from the University of Oxford
and a postgraduate degree from University College London

Sanjay Nayar (Mumbai) joined KKR in 2009 and is a Partner and CEO of KKR India. He is also a member of the Asian Investment Committee and Asia Portfolio Management Committee. Mr. Nayar is on the board of several KKR portfolio companies including, Radiant LifeCare, Max Healthcare Institute Ltd., Avendus Capital Pvt. Ltd., Max Financial Services Ltd., Ramky Enviro Engineers Ltd., and Sterlite Investment Managers Ltd. He also supports expanding the range of KKR's credit and capital markets offerings across the Asia Pacific region. Prior to joining KKR, he served as CEO of Citigroup's Indian and South Asian operations and as a member of Citigroup’s management committee and Asia executive operating committee from 2002 – 2009. Currently, he is a member of the board of USISPF, and SEBI’s NISM Board of Governors and serves on the Board of Emerging Markets Private Equity Association (EMPEA), Washington D.C; Indian School of Business (ISB); Advisory Board of Habitat for Humanity; Chairman of Grameen Impact Investments India (GIII); Founding Member of Brookings, India, and heads PE/VC Committee of the CII.

Jaidev Janardana is CEO of Zopa, having joined the world’s first peer-to-peer lending service as its COO in 2014. Previously, Jaidev was the CMO and Vice President at Capital One (Europe). Jaidev joined Capital One, during 2002, in its US office in McLean, Virginia. After 5 years working in the US Credit Card business, he transitioned to the UK in

December 2007 as Chief Credit Officer for the UK business. Since then he held a number of roles in the business, from heading up its Risk Operations function to leading its New Customer Acquisition and Business Development efforts. Jaidev has an M.B.A. from The Indian Institute of Management, Bangalore and a B.Tech. from Gujarat University. Jaidev was born in the city of Kochi, in the state of Kerala in India.