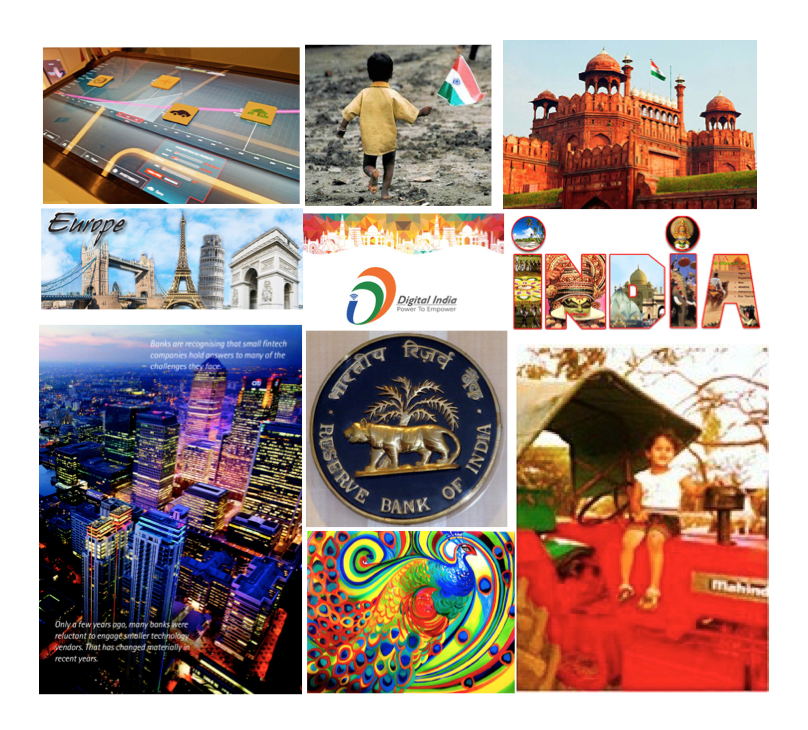 Hey adventurers, whatâ€™s on the menu in India this winter?

The next Trillion dollar opportunity that will boost Indian economy? â€œ

with the most influential thinkers , movers and shakers , talent force of tomorrow in Blockchain

Whatâ€™s hot this Winter : Blockchain in the Indian Capital

You can join us for a day trip to Taj Mahal after the conference!

2. Blockchainâ€™s Potential to transform the future of Financial Services Infrastructure

What Blockchain solutions are in the making?

1. The Mega trends unleashed by Blockchain 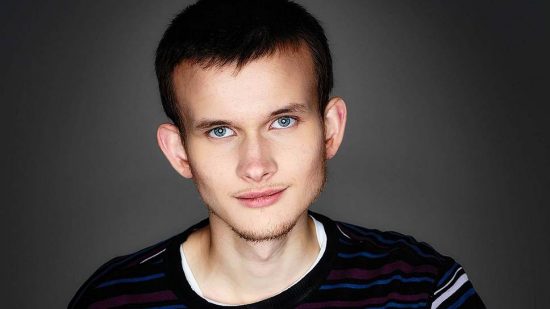 Buterin was born in Moscow, Russia and lived in the area until the age of six when his parents emigrated to Canada in search of better employment opportunities. While in third grade of elementary school in Canada, Buterin was placed into a class for gifted children and started to understand that he was drawn to math, programming, and economics. He also had the ability to add three digit numbers in his head at twice the speed of his peers. In 2012, he obtained a Bronze Medal in the International Olympiad in Informatics. He attended the University of Waterloobut dropped out to work on bitcoin full-time.

In September 2011, Buterin would accept to be the first co-founder and contribute as a leading writer to a new publication called Bitcoin Magazine.

In addition Buterin had written about bitcoin-related topics for other publications, including Bitcoin Weekly. Bitcoin Magazinein 2012 later began publishing a print edition and has been referred to as the first serious publication dedicated to cryptocurrencies. Bitcoin Magazine was then purchased by BTC Media, where Buterin continued to write until mid-2014.

In addition, he held a position on the editorial board of Ledger, a peer-reviewed scholarly journal that publishes full-length original research articles on the subjects of cryptocurrency and blockchain technology.

He is a co-creator and inventor of Ethereum, described as a â€œdecentralized mining network and software development platform rolled into oneâ€ that facilitates the creation of new cryptocurrencies and programs that share a single block chain (a cryptographic transaction ledger).

Buterin has contributed as a developer to other open source software projects. Some early examples are: Kryptokit, pybitcointools, multisig.info, and btckeysplit. He also contributed to DarkWallet by Cody Wilson, Bitcoin Python libraries, and the cryptocurrency marketplace site Egora. 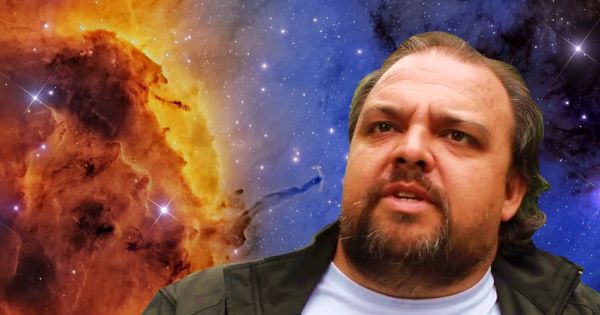 Vinay Gupta is a Technology Theorist and Visionary.

He has been involved with cryptography and crypto-currency since 1990s.

â€“ he was as active member of the E-gold community before it got shut down.

In recent years, he has been working on humanitarian projects to do with disaster prevention and relief with United States Department of Defense and others.

He is also the inventor of the Hexayurt, a cheap, open-source, zero-waste disaster relief shelter which is being used in refugee camps and in festivals like BurningMan. 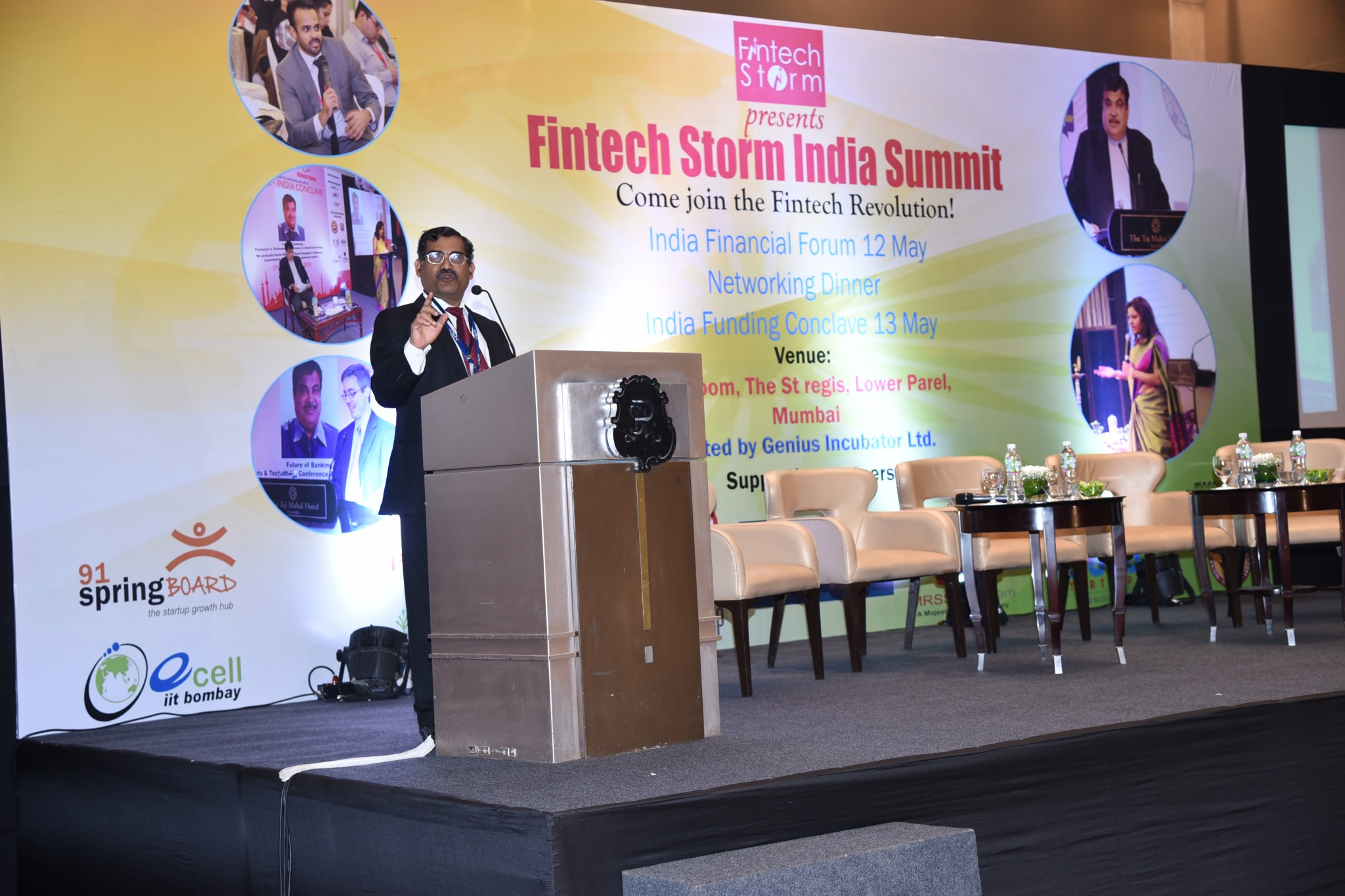 Unified Payments Interface (UPI), launched in April 2016 by the NPCI, is going live for 21 banks. A.P. Hota Ji spoke about UPI at Fintech Storm India Summit, Mumbai on 12 May 2016.

Abhaya Prasad Hota, MD and CEO, NPCI, says: â€œReal-time sending and receiving money through a mobile application at such a scale on interoperable basis had not been attempted anywhere else in the world.â€

For the last few months it has been on a pilot run mainly with employees and customers. After assessing the â€œsuccessâ€ of the pilot run, the Reserve Bank of India (RBI) gave their final approval for the public launch.

NPCI decided that only banks with 1,000 pilot customers, 5,000 transactions and a success rate of around 80% would be permitted to go live. It says such a threshold criteria helped the banks to refine their systems and procedure.

She has worked with two suisse banks Credit Suisse & UBS.

She currently advises Government of India on infrastructure financing. across both large-scale and start-up arenas.

An entrepreneur at heart, Abhi thrives at the intersection of great products and big markets.

Abhi kickstarted his career at First Magnus, a private mortgage bank, with $1B in monthly volume where he lead various technology and process enhancements.

Abhi played a key role in setting up a Mortgage and Title outsourcing (both BPO and IT) entity in India before eventual acquisition by industry-leading WNS Global Services (NYSE: WNS). In the following years, Abhi built custom technology solutions for Manufacturing, Consumer Finance,and Consumer Web verticals. 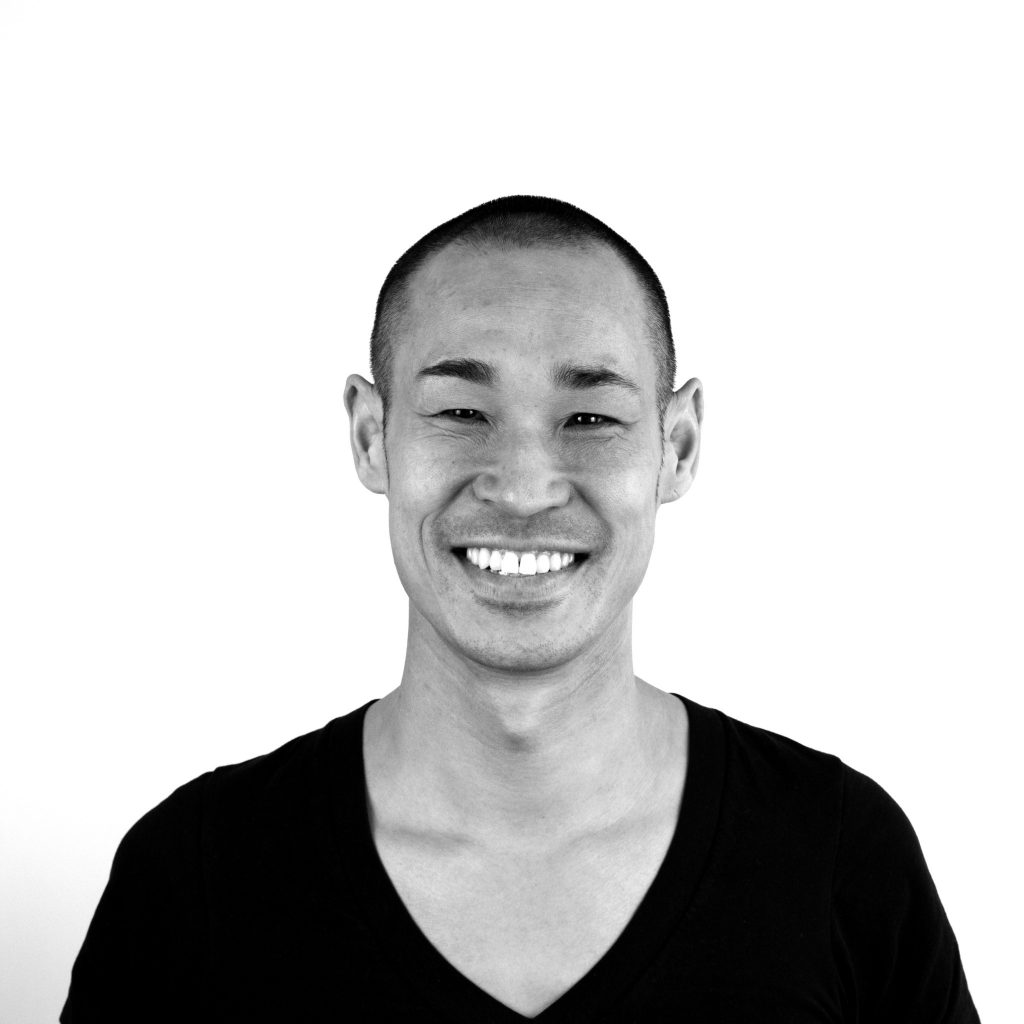 BigchainDB unlocks the promise of blockchains.

BigchainDB enables the tokenization of any asset, which can then be stored and transferred without the need for trusted intermediaries.

Our blockchain database is for enterprises that want to implement trading systems, clearing and settlement, decentralized energy grids, IoT and supply chain use cases, without sacrificing scale, security or performance.

With 200,000 transactions per second, petabytes of capacity, sub-second latency and a rich query language, BigchainDB looks, acts and feels like a database but has blockchain characteristics. 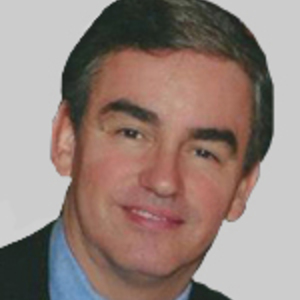 Eddy Travia is a pioneer investor in blockchain technologies and CEO of Coinsilium, the first London-quoted blockchain investment firm.

In 2013, following nine years as a private equity fund manager in Greater China, Eddy co-founded Seedcoin, the worldâ€™s first global incubator of digital currency startups, and was recognized a year later as one of the â€˜Top 3 Most Influential Investorsâ€™ in Blockchain along with Marc Andreessen and Roger Ver at the Blockchain Awards 2014 in Amsterdam.

He is also the co-founder of Block Chain Space, the first blockchain startup accelerator in Europe which launched in February 2016 in Barcelona. 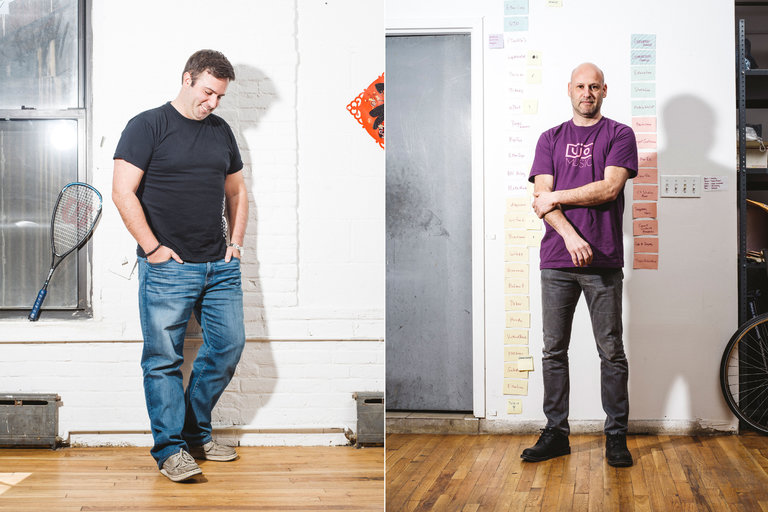 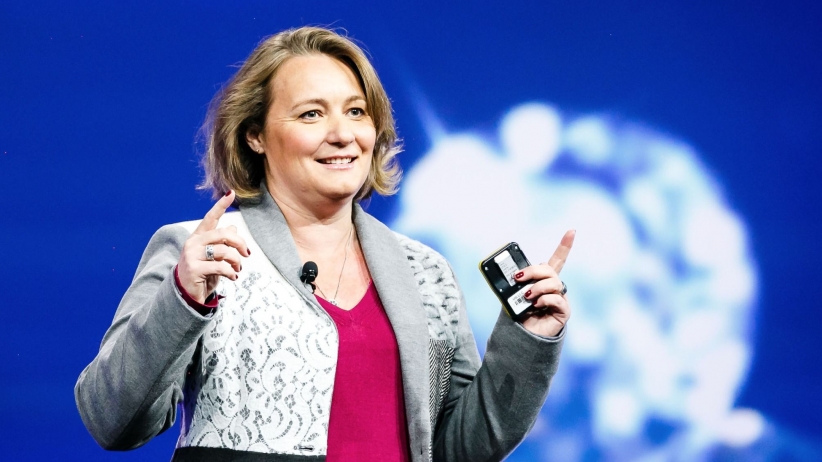 Everledger describes itself as â€œa permanent, digital, global ledger that tracks and protects diamonds and other valuable goods on their lifetime journey.â€ With the use of technology like blockchain, smart contracts, machine vision and AI, this startup essentially creates an immutable digital footprint for a diamond, thereby providing a secure, transparent record which stakeholders throughout the supply chain can use to track and protect their assets. Given its current focus on the diamond industry, Kemp explains that Everledgerâ€™s clients include banks, insurance companies and certification houses, and its technology has, so far, been used to certify over a million diamonds. The company has won a number of industry awards, like the 2015 BBVA Europe Open Talent Competition, the 2015 Meffy Awards, and the 2016 Fintech Finals, to name a few.

The diamond industry is worth about US$80 billion, but it is rattled with problems like theft and fraud, as well as concerns over their sourcing from conflict zones. According to Everledger, insurance fraud is a global problem, with US$2.5 billion spent a year by insurers to tackle this problem. With this in mind, the solution Everledger offers can be put to good use in diamond verification processes by banks, insurers, law enforcement, and even the owners themselves, who can now be confident about their assetâ€™s sourcing. Kemp says. â€œI think the horizon for us is to bring full spread of the true provenance, the chain of custody, and the reputation of the diamond to the consumer.â€

And while Everledgerâ€™s technology has been currently put to use for diamonds, the underlying ledger concept can be used to track other valuable assets as well, like gemstones, art, luxury goods and more.

More Speakers to be announced soon..

Blockchain Storm calls for Academic Papers for the competition

Is another industrial revolution afoot, in the form of Blockchain ?

In the ongoing relationship between Man and Machine, what are the catalysts ?

Will man be able to leverage blockchain to the collective advantage of humanity?

Shortlisted entries will be invited to present at Blockchain Storm Geneva!

Want to sponsor or exhibit at the most though-elevating day

you will see over the most tranquility inducing experience by Lake Geneva?

Get in touch today!

See our past events at http://fintechstorm.eventbrite.com

How can Banks respond better to the Blockchain Effect?

The question is â€“ â€œWhat will you be in the Blockchain enabled world?â€

This event is brought to you by Zero Field Labs

No matter which industry you belong to and what your blockchain needs may be, Zero Field Labs can help.

Come explore how your business strategies, products and services will look like in the blockchain enabled world?

Which companies should showcase at this Forum?

Some companies showcasing at this event are : Bigchain DB, Coinsilium, Factom, Attores

Any company that wants to support the Blockchain eco-system

Blockchain and the future of banking & financial services

We are committed to creating and connecting the Blockchain Inventor Community in Europe.

Part 2 of the above Course -

If you are an European Tech Co. or a Blockchain startup looking to make headway into Asian markets or to strike partnerships or to learn to navigate the Banking, Payments & Fintech landscape (India, Singapore, Hongkong, China),

Mark your calenders for Europe-India Conclave 6-8 December 2016, New Delhi, India and get in touch with Conclave Chair Person Arifa Khan at arifa@fintechstorm.com to reserve your spot in the European delegation going to India!

How to stay updated with Fintech Storm future events?

Signup for one of our events or see past events : http://fintechstorm.eventbrite.com

Anyone interested in learning more about speaking, sponsorship opportunities: